Will O’Connell is obviously quite mad. Not content with acting in ​NIGHT LETTERS by Ross Dungan as part of our 2014 productions alongside Karen Ardiff and Jay Duffy, he obviously decided his director Peter Daly had an easy time of it and has returned as one of our directors this year.  We’ll soon learn him!

We highly recommend you follow him on Twitter @willoconnell – a film in which he plays a major role is shortlisted for an Oscar you know! 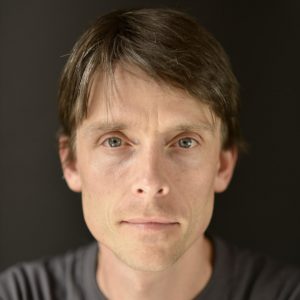 So you participated in The 24 Hour Plays in aid of Dublin Youth Theatre before: what are your fondest/ most nightmare causing memories? What are you looking forward to/ terrified of?

I participated in the 24 Hour Plays as an actor in 2014. The amazing thing about the 24 Hour Plays is it’s just such an impossible ask. I remember thinking at the time, this is completely unachievable and yet, somehow, you pull it out of the bag! It’s something of a paradox but when something is impossible, you can lower your expectations and just give it a lash. I’m still really glad that I get to just sit in the auditorium and watch it though 😆

If you took a notion to write a play what element would you definitely include and why?

If I wrote a play what would I include? I love plays with music so I’d include songs. Just to be mean, I’d have difficult stage directions like, “plays [insert musical instrument] and continues to speak at the same time” Oh and on-stage costume changes – they’re always fun. Maybe something like, “S/he continues the speech while playing piano and changing costume.” Who wouldn’t want to see that?!

Dublin Youth Theatre is finally moving house. If you were moving and were only allowed bring one piece of clothing and one book with you, what would they be?

Good luck with that! I’ve moved house quite a bit and maybe the only good thing about it is you have to try to keep possessions to a minimum and prioritise. Don’t get distracted by all the fascinating archives! Ok, a book? It would have to be Harvesting written by my friend Lisa Harding. Why? Well I haven’t read it 🤦‍♂️ and it was published almost two years ago (soon to be made into a film) and every time I see Lisa I run and hide in shame!! I only ever read on holiday. I need a holiday.

Item of clothing? I’m not hugely sentimental about clothes. I’m the sort of person who buys a load of stuff in one go and then wonders what the hell I wore before I bought them! I’ve a couple of good suits and I’d probably choose one of them. I figure if I have a smart suit I’ll never starve. I play piano and I’ve always managed to find work playing in bars, hotels and restaurants. You know, if the new career as a director doesn’t work out!

Have you worked with children or animals? How did that work out for ya?

I recently worked with two child actors, Ely Solan and Leon Hughes, who acted the adults off the screen! The film has been shortlisted for the Oscars so fingers crossed for the boys. They’re absolutely astonishing. The film is called Detainment by the way.

You can check out a trailer for the film here.

If you would like to see the work of a 2019 Oscar Nominee LIVE ON STAGE you better book your tickets ASAP.

When they are gone, they are